Hoping you have a great year! Harvey was horrible, but brought a lot of families and friends closer together.   13th Floor Network

Here we are. Just 24 days till Christmas. If your looking for that last minute unique gift, look no further. Call me for details about your own personal blog? Even your own personalized domain name with your own email address. I provide dependable and reliable hosting services with fanatical customer service. No contracts and my [more…]

I truly hope you had a wonderful 2014! But more so, I hope your new year surpasses all the things that went wrong last year and that the new year will bring health and good times to you. Happy New Year!

New estimates by eMarketer indicate that while growth continues to rise at Twitter, just 16.4 million US adults, or 9% of the adult Internet population used Twitter at least monthly in 2010. “Twitter has continued to gain traction but at more moderate levels than we had expected,” Verna said. “Our updated figures put Twitter usage [more…]

Are you running out of time for that one last gift? Looking for a unique gift for that person that is difficult to buy for? Have you consider giving that person a personal blog? A great gift that keeps giving all year long, every year. Give that person his or her own personal blog. Complete with [more…] 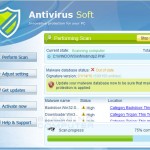 I setup, develop and host all types of websites. The most popular thing on the web now is a Blog. I can setup your very own blog website so you can tell your family and friends what you are doing. They can makes comments too, if you like. Below is a short list of what I offer. [more…]

The 13th Floor Network now offers WordPress hosting accounts. Get you very own blog now! Ask me how! Alan

It is time for a new face lift for the 13th Floor Network web site. Please excuse the mess as I make changes and improvments to the look and feel of this web site. Thanks, Alan Elliott